Angels of the NHS

Angels of the NHS

Angel of The North tribute to the NHS

Staff turn the Angel of The North blue for the NHS

At the weekend a couple of Hi-Lights staff both past and present, were talking about how we could use the tools we have at our disposal during this crisis to show our support and admiration for the staff of the NHS who are working tirelessly for us at this time. They wanted to do something big and bold, but at the same time it had to be brief and not something that would attract a crowd. They came up with the idea of lighting up our famous landmark The Angel of The North for a few hours in the colour of the NHS. They picked up (in two separate vans) 6 of our Studio Due City Colour outdoor floods and a portable generator, before travelling to The Angel.

It being already dark, there was nobody around at the famously unlit monument. Trying to keep the safe distance from each other – tricky when lifting flightcase lids – the guys were setup within an hour and switched on. After a short period of fine tuning to achieve the NHS famous blue on the rusty-brown statue, the City Colours were all fired up and the Angel lit up a glorious blue.  A drone appeared to grab some high definition footage of the display and the guys took some photos. At this point we were all careful not to share the event on social media to avoid any gatherings at the Angel, however word did get around as people saw the amazing display, so once it became clear that people were arriving in the car park the generator was turned off and the equipment packed away to return to our nearby unit.

We were delighted to see that once the images were posted on social media they were shared literally thousands of times (currently 5.2k and climbing) across the region and beyond. We hope that they illustrated how much the people of the North East are proud and grateful to the staff of the NHS for helping us get through this crisis. 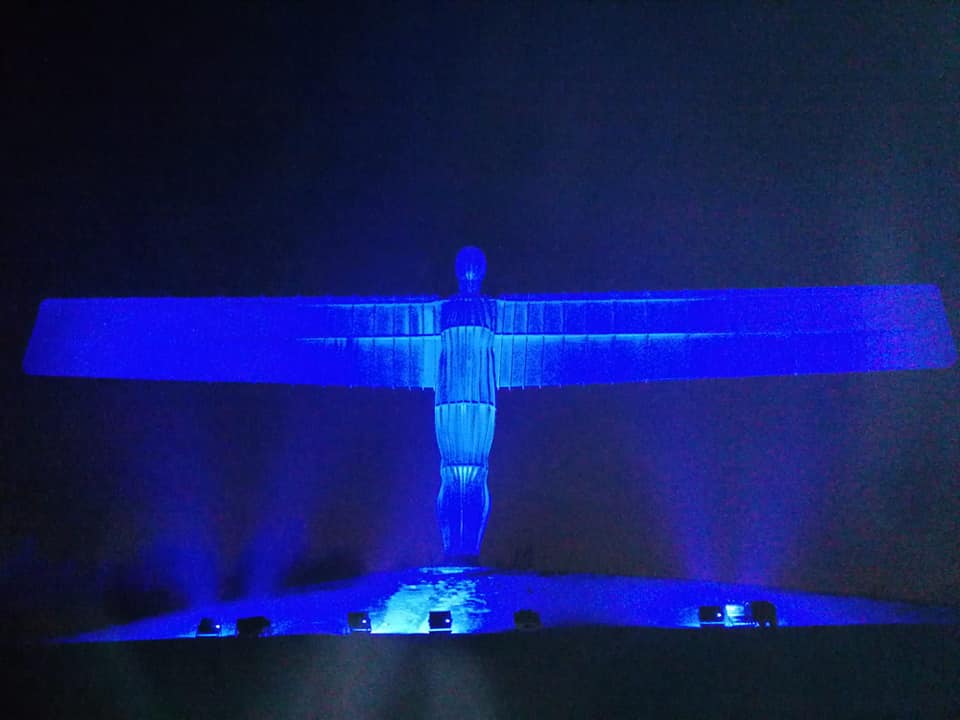 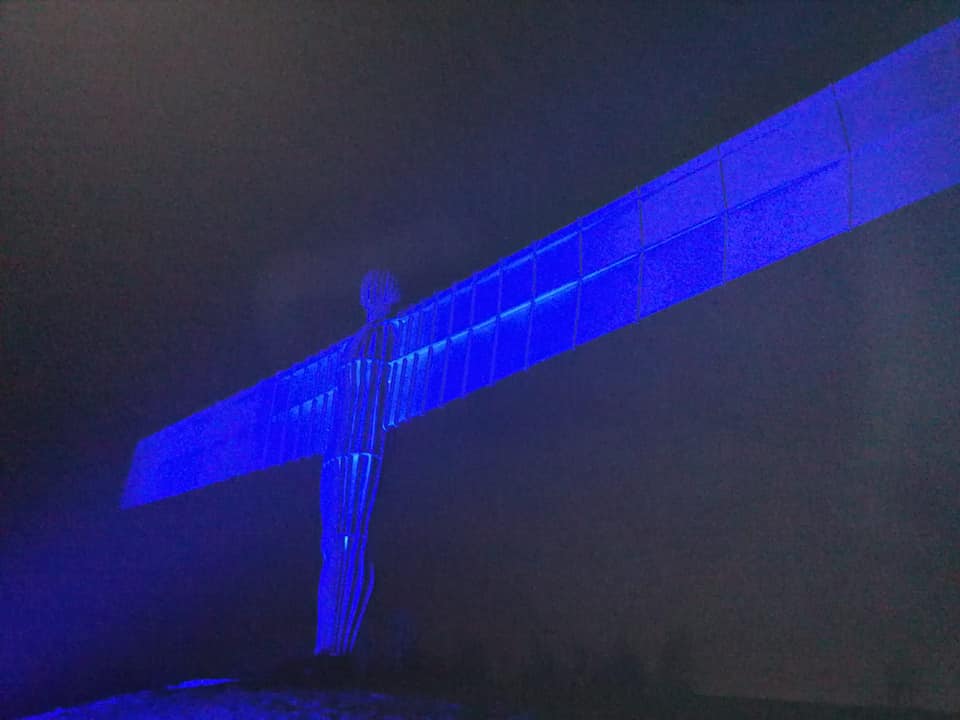 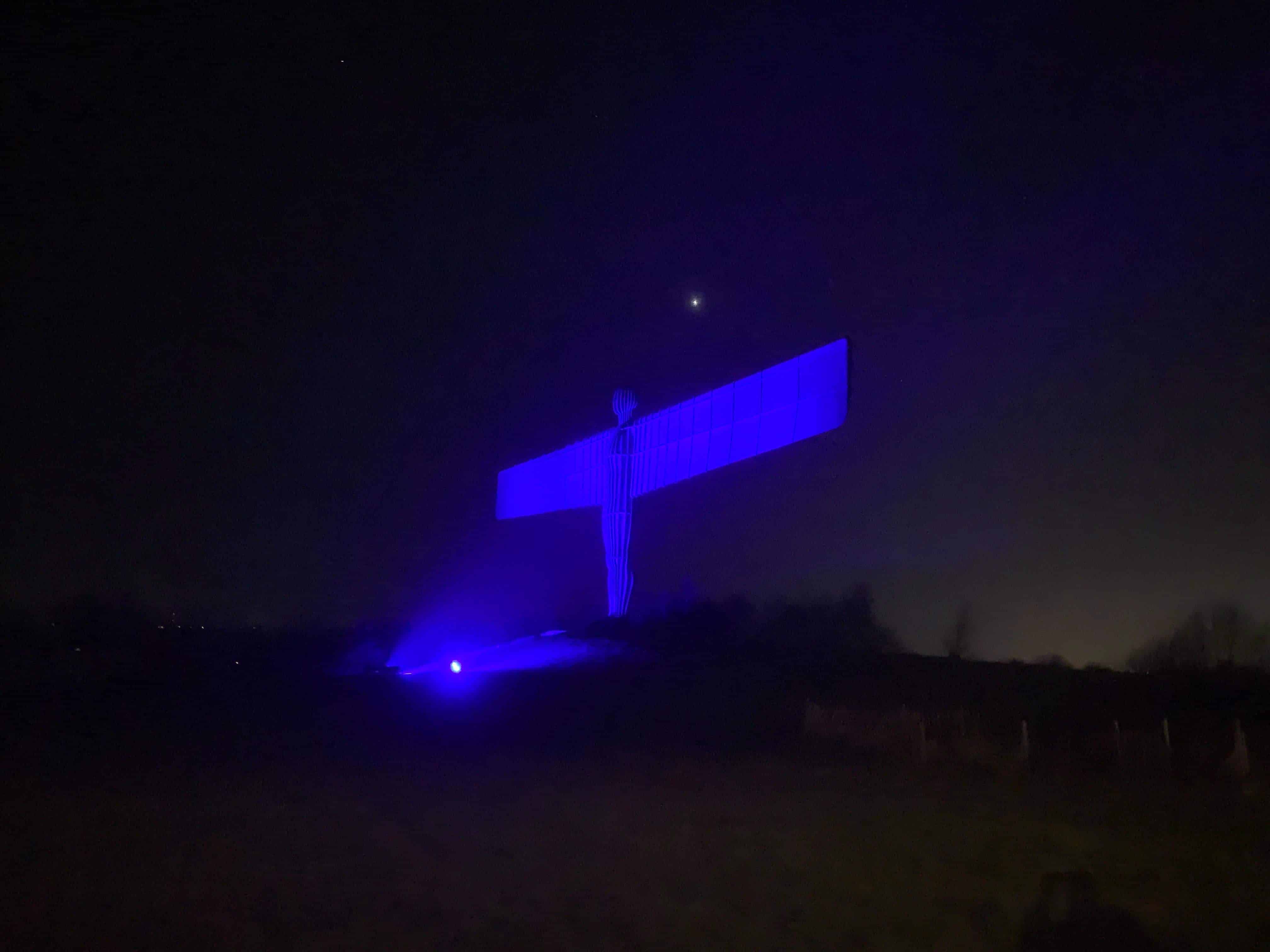 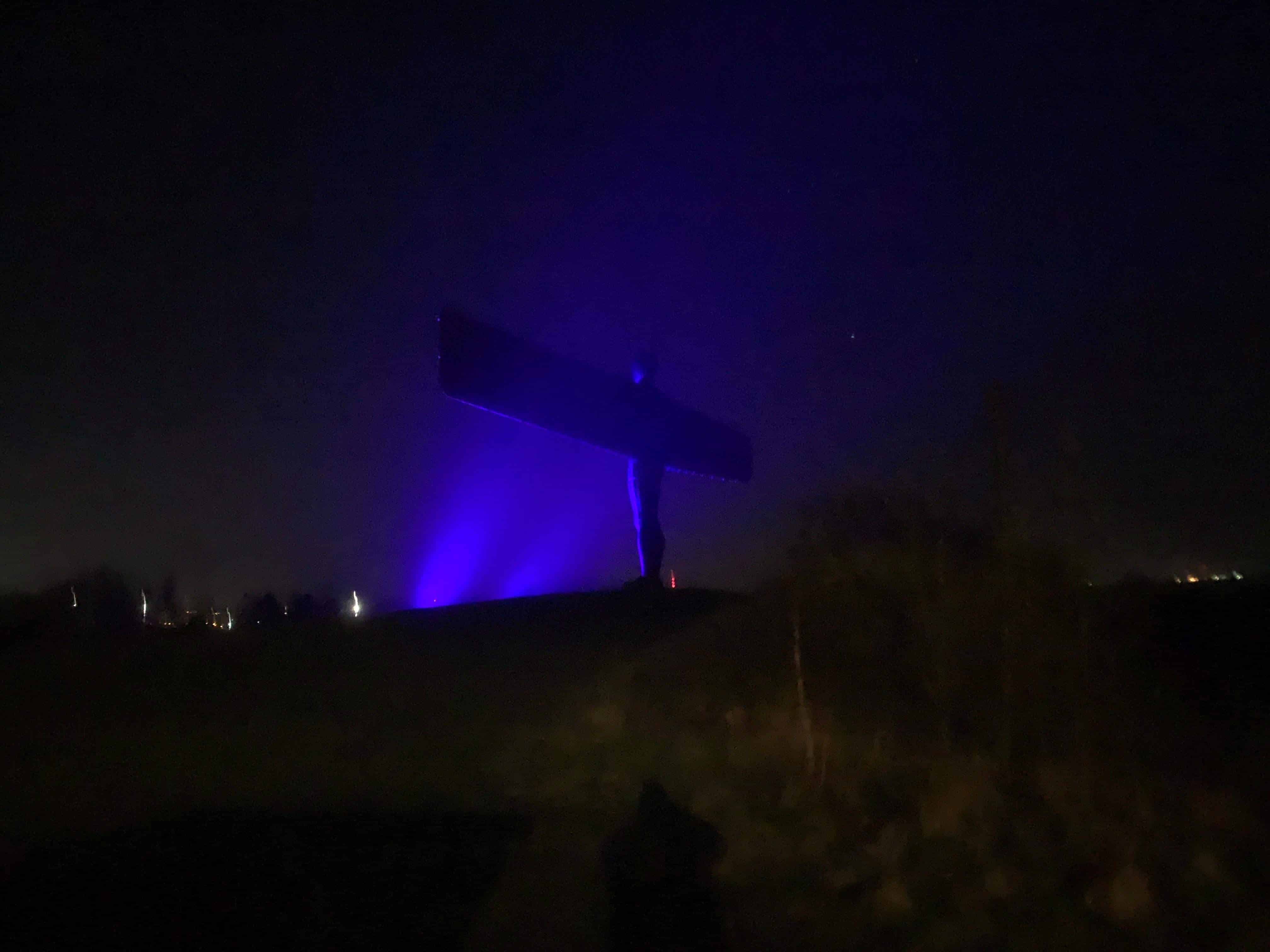